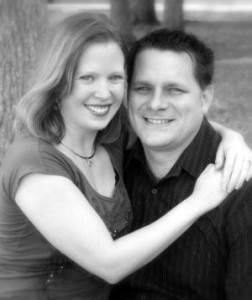 Cindy began swing dancing in 2001. With 17 years of classical ballet background, she quickly learned several swing dances including Lindy Hop, West Coast Swing, Balboa, and Charleston.  Currently, Cindy is competing as an ALL-STAR in the NASDE and WSDC competitions all over the country.

Jimmy began swing dancing in 1998.  He has been invited to dance all over the country at events such as the Blast from the Past movie premiere, the Extreme Gong Show, and several commercials and demonstrations. He has won many J&J and strictly swing competitions on the national swing dance circuit.

Dancing together since 2002, they won 1st Florida State Championship Freestyle Swing in 2003. They have traveled to workshops and competitions across the country.  With high energy demos and dynamic teaching, Cindy and Jimmy have entertained audiences throughout Florida.  Recently in January 2008, they placed 3rd at the Florida State Championship in Orlando!  http://www.jimmycindy.com