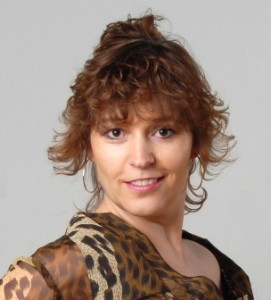 Csilla (Sheila) Madocsai recently relocated to the Orlando area and thrilled to be part of the Florida dance community.

Csilla started artistic gymnastic when she was 3 years old in Budapest, Hungary. She came to theUS in 1989 and started out as a Country Western dancer. She studied dance (jazz, modern, ballet, hip-hop, contemporary, psychology of movement and dance) for 6 years in Seattle at the University of Washington. In 1999 she fell in love with West Coast Swing and moved to Southern California to train. Soon she became an All Star/Champion competitor and in 2005 she was ranked fourth in the nation (NASDE). She has performed, taught, and judged all over the United States and Europe.

The last few years Csilla took a break from traveling/competing as she has been raising her now six-year old son.

Csilla is looking forward to sharing her knowledge, experience, and ‘out-of-the-box’ WCS style with the dancers in the Tampa Bay and Orlando area. She is available for private and group lessons, choreography, Pro-Am routines/competitions, and judging.